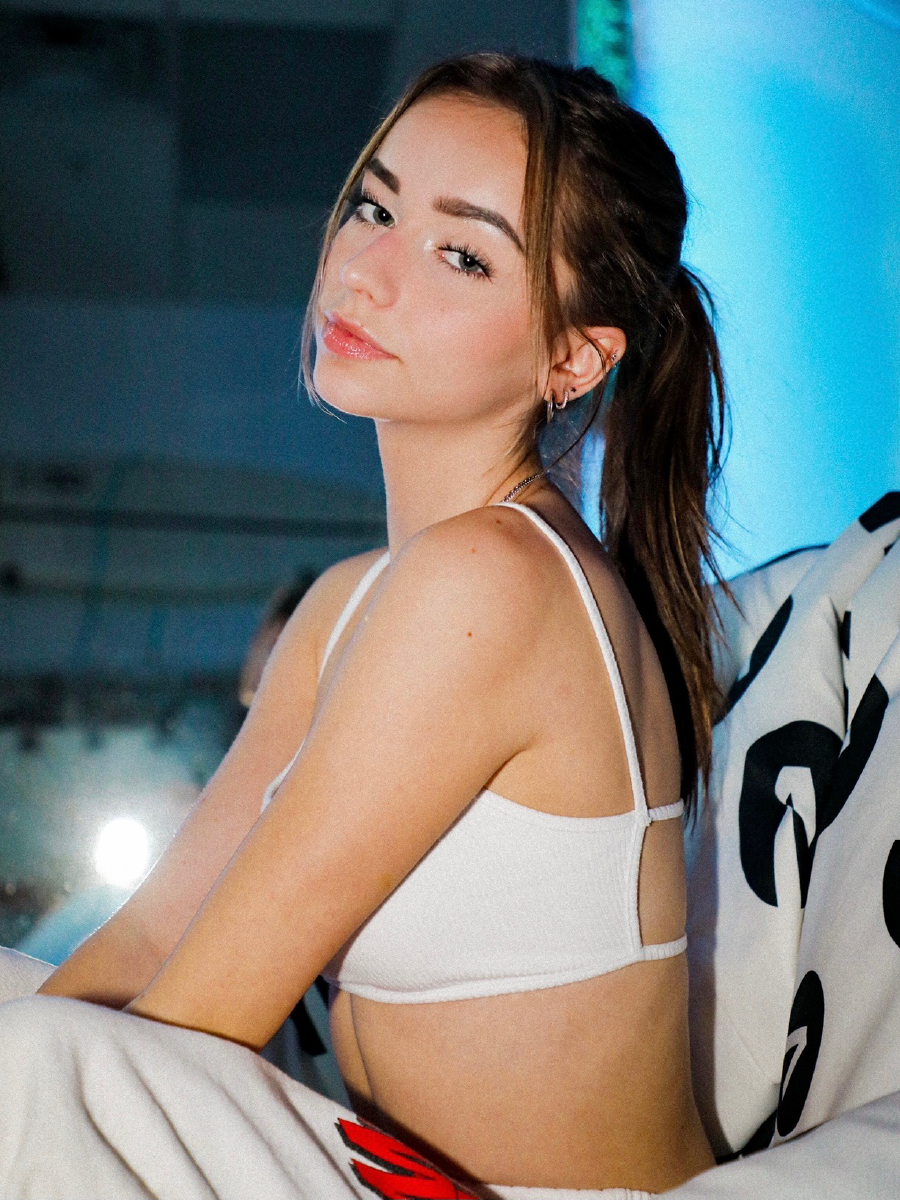 Katelyn was born in Oregon, but currently lives in Washington State. Her TikTok account is fast growing and sits at over 1M followers and 60M likes altogether. She has worked with companies such as Fashion Nova and the Ulta Florence Campaign, attended Playlist Live earlier this year and Vidcon 2019. As Katelyn continues to grow as a creator, she looks forward to working with more companies and adding on more projects in the future. 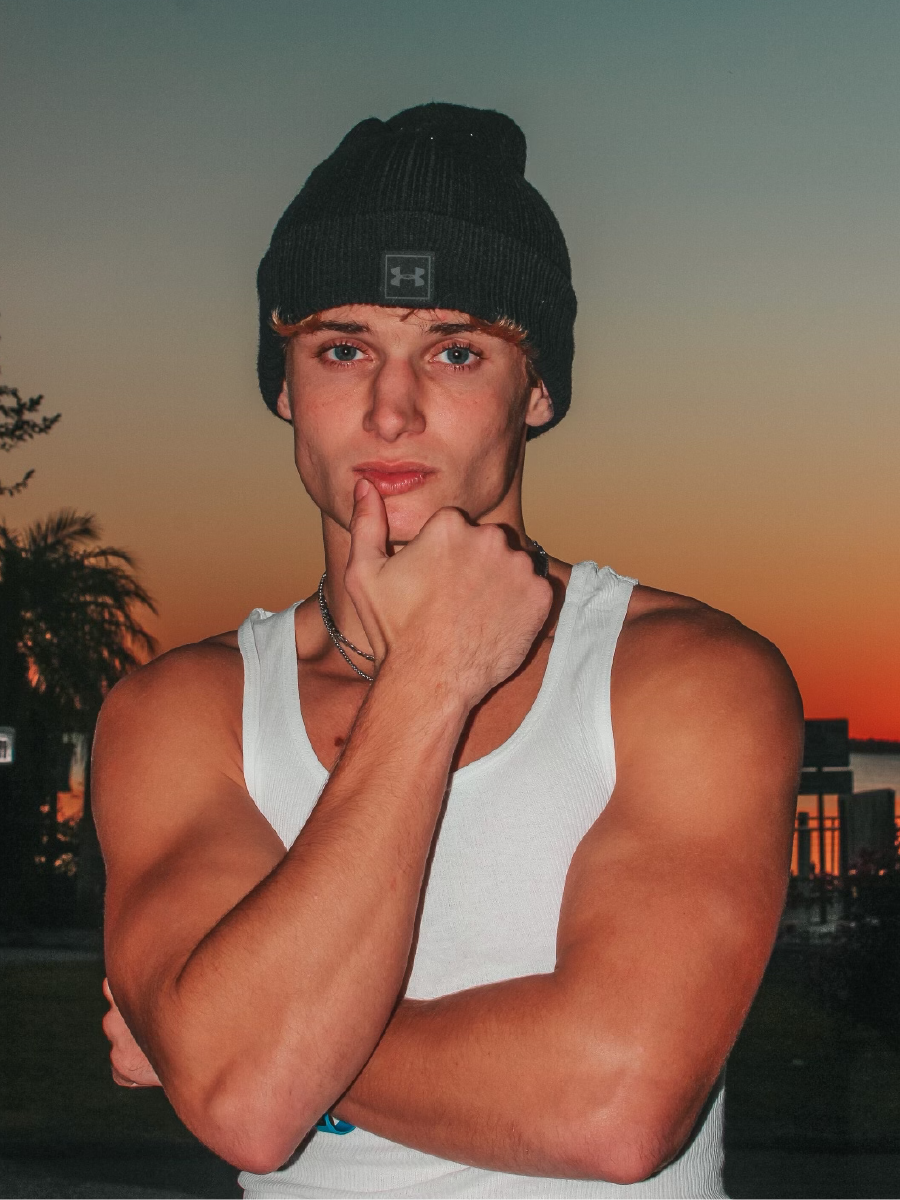 Connor is from central Florida where he still lives today. He is most known from his TikTok account where he makes dancing videos for his nearly 2M fans. His most viewed video sits at 16.5 million views and 2 million likes. Connor has been a part of the video app, Project 305 and also attended Playlist Live this year. He looks forward to his future in social media and looks to add more projects in the future. 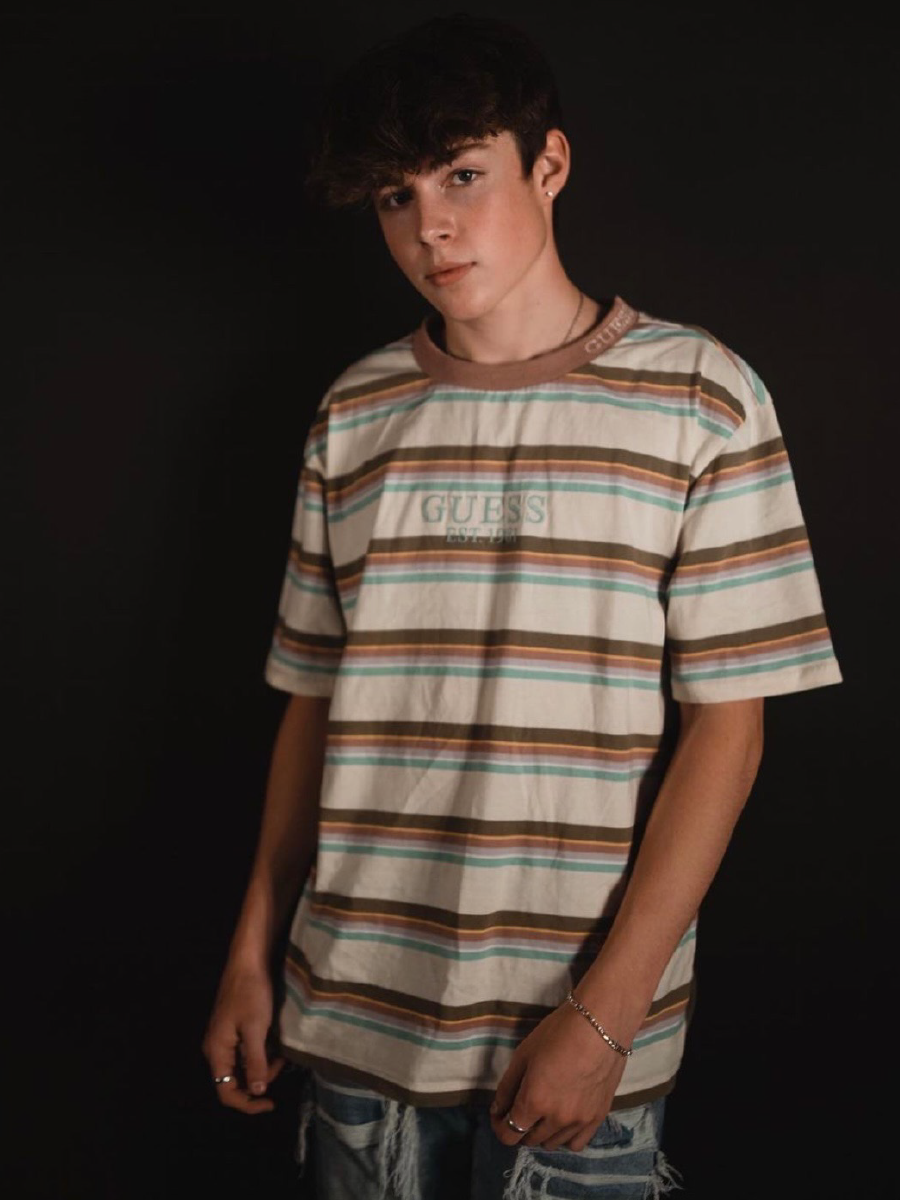 Jackson is from Huntsville, Alabama, and is best known for making videos on his TikTok account where he has gained over 3M followers and almost 90M likes altogether. His most viewed video, the wipe it down challenge, has over 17 million views and 2.6 million likes. He has attended social media events such as Playlist Live earlier this year, and has worked with some notable brands such as Fashion Nova most recently. When he isn’t creating videos, Jackson enjoys spending time with friends and family, playing video games, and having fun outdoors.

Ace is from and currently resides in Nixa, Missouri, USA. He is most known for his TikTok videos where he makes content for his nearly 850k followers of him and his friends dancing. One of such videos got him over 5.1M views and over 1.3 likes! He is also known for his collaborations with PSD and TC Social Club. Ace looks forward to more collaboration opportunities with other brands such as Gym Shark and Unexpected. Outside of social media, Ace plays baseball and enjoys finding different adventures to explore. One thing most of his followers might not know is that he loves working with people and making others happy. 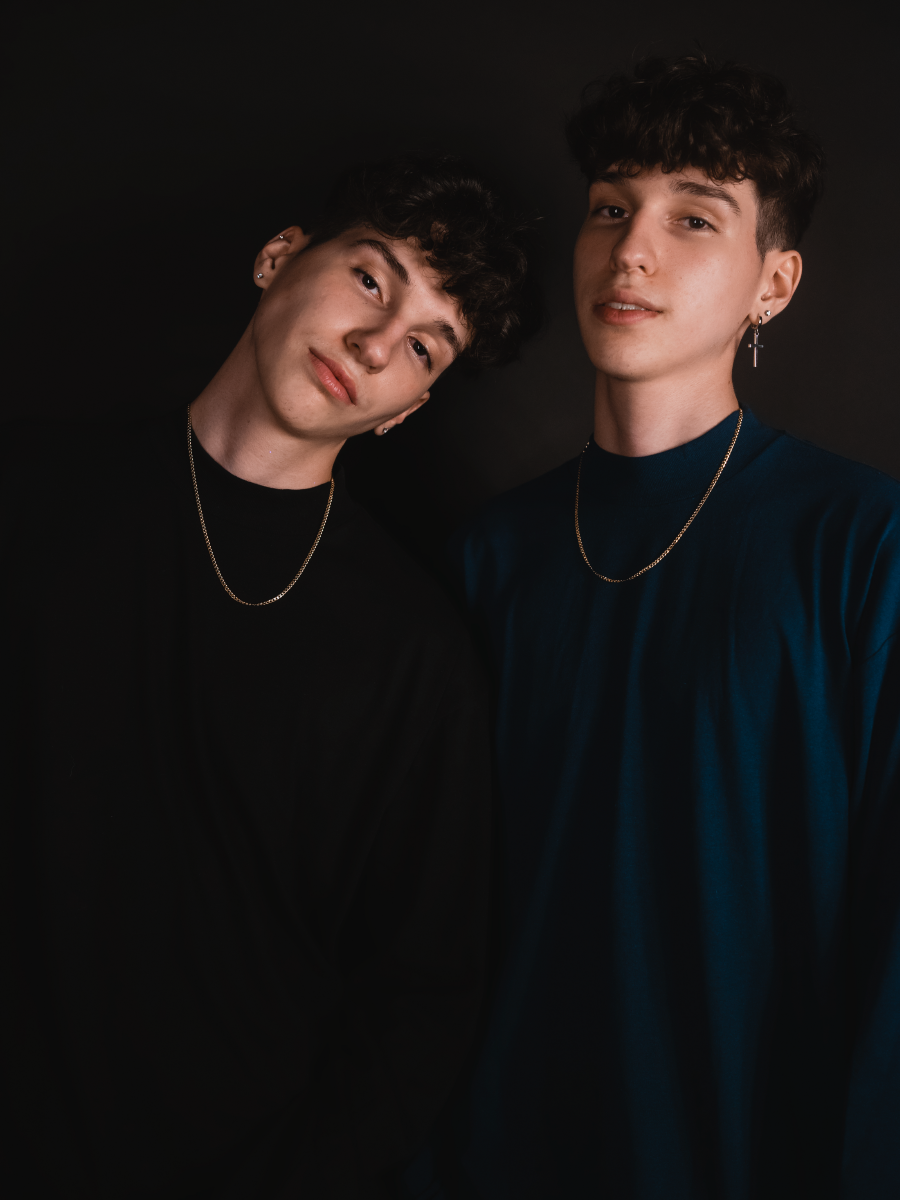 Nicolas & Emiliano are fraternal twins who were born and raised in New York City. They are best known for their dancing videos on TikTok which has helped them gain over 3M followers on the popular platform. They have participated in New York fashion week 2019 and have worked on many notable projects with companies such as Paramount Pictures, ThinkJam, and many more.

Bryce was born and raised in Atlanta, Georgia where he still lives today. He is most known on TikTok where he has gained over 700K followers making dancing videos and POV content. His highest liked video was a POV and gained over 1.1M likes! When he’s not on social media, Bryce loves to play basketball more than anything. He has big goals, and looks forward to the day that he hits 1M followers on his TikTok and Instagram accounts. 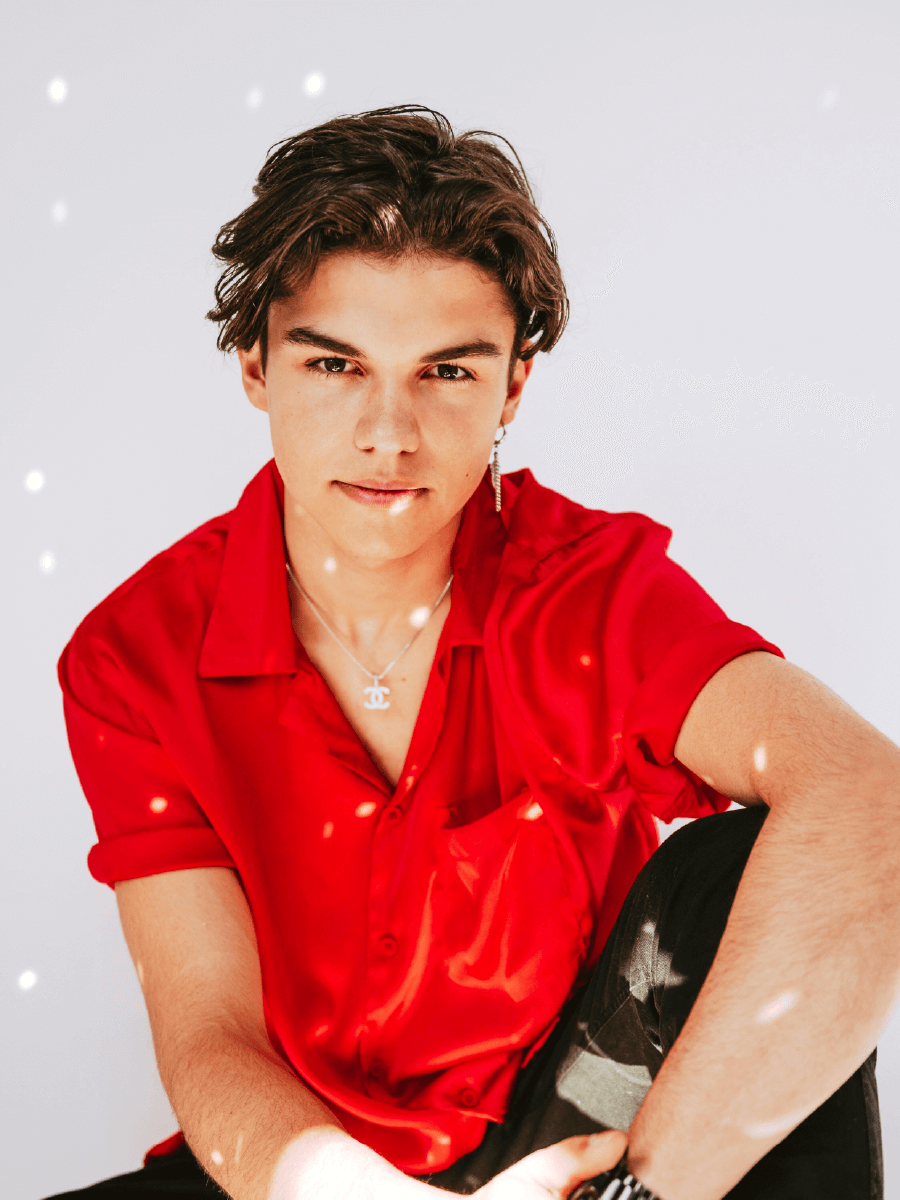 Harvey is from Melbourne, Australia, and is best known for his modeling photos and videos on social media. He has modeled for almost every Australian fashion brand over the last couple years and has also walked in Melbourne Fashion Week, as well as LA Fashion Week. His most notable projects have been with Champion, Disney, and Nickelodeon, and his Instagram and TikTok accounts total over 1.5M followers all together. 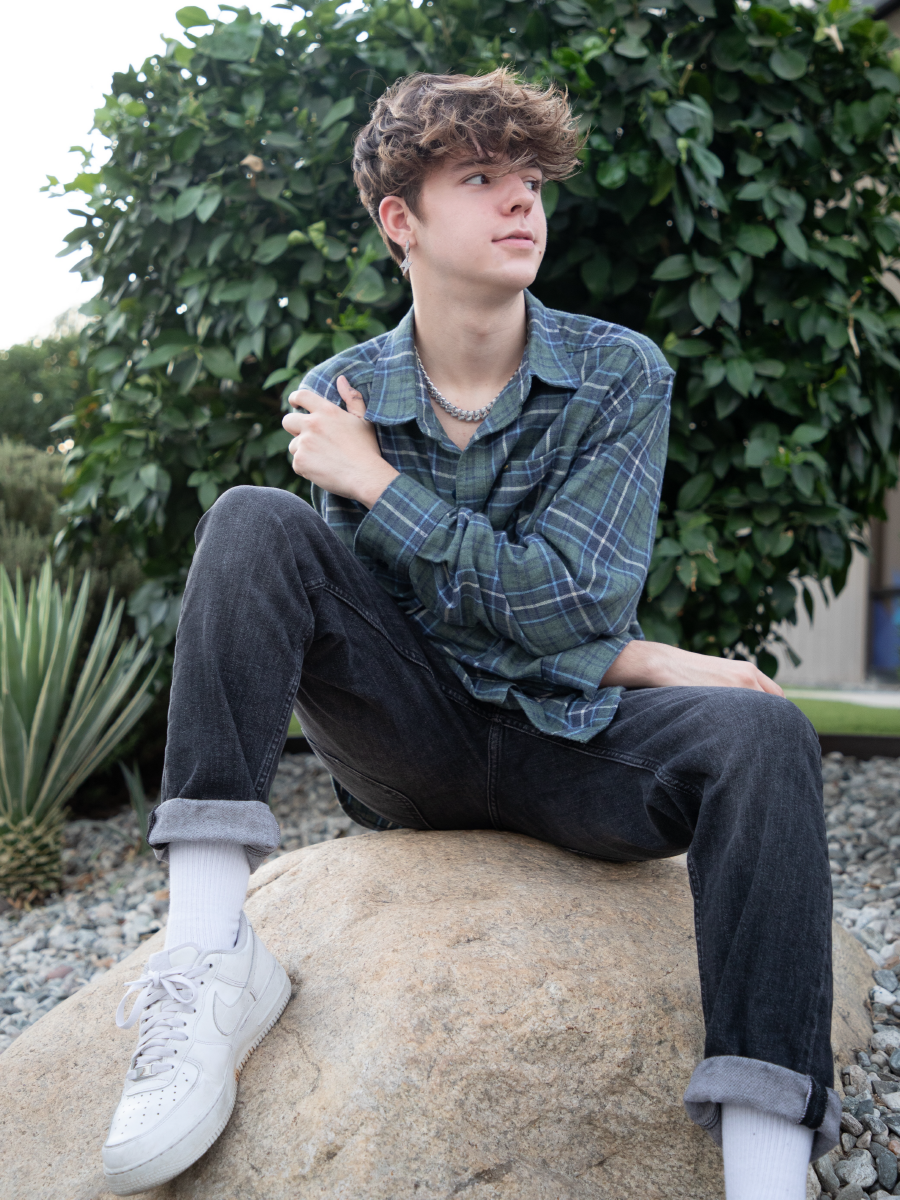 JT is from Orange County, California and is best known from his TikTok account where he makes comedic/relatable videos for almost 3M fans. Outside of TikTok, JT also enjoys acting, and has also been featured in multiple TV commercials for notable companies including Microsoft, Sea World, and Teenage Mutant Ninja Turtles. 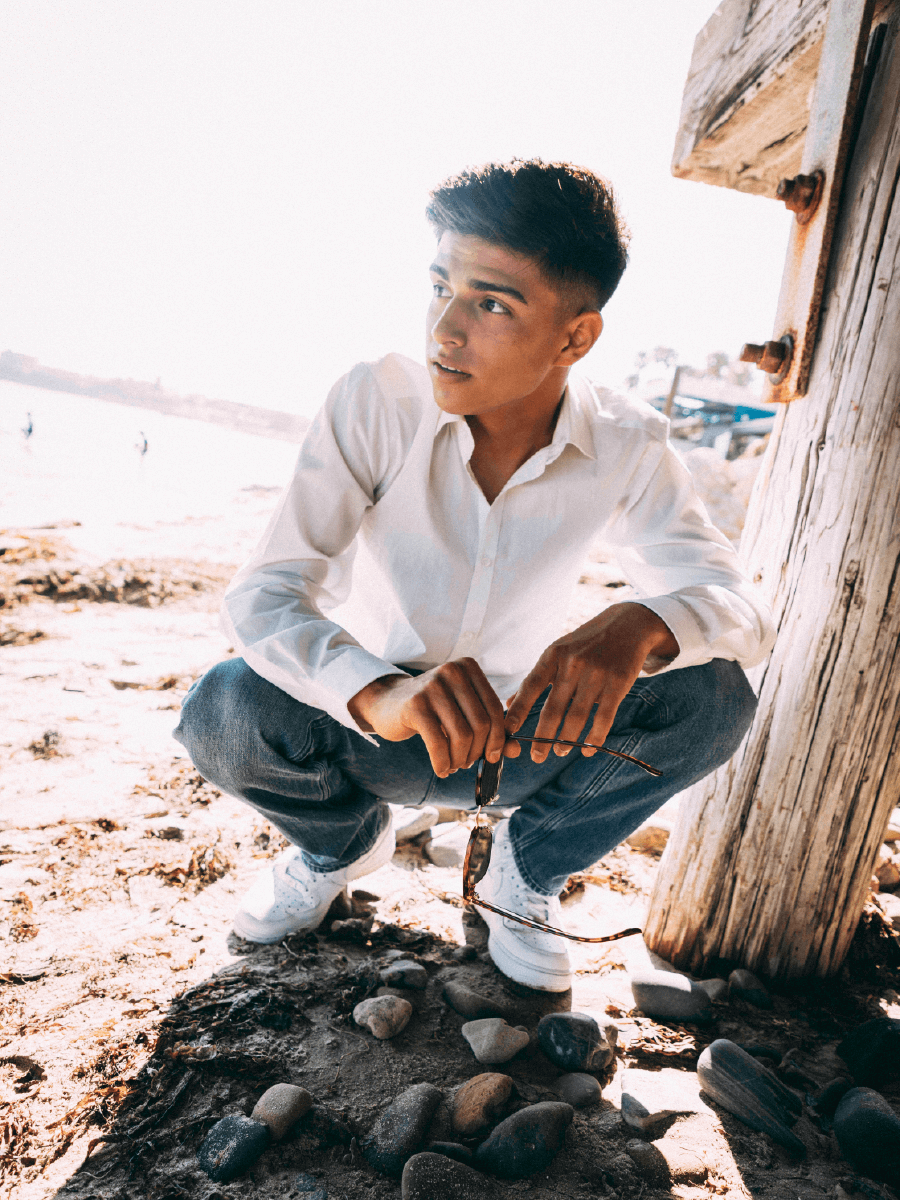 Eddie was born and raised in Ventura, California and currently lives in Santa Maria, California. He is most known for his TikTok account where he has gained nearly 900k followers and over 22M likes  altogether. Eddie attended Playlist live earlier this year, and has worked with brands such as Suspicious, Plain Los Angeles, SugarBearHair and many others. When he’s not making TikTok’s, Eddie likes hanging out with his friends, spending time at the lake and fishing. He looks forward to expanding his following on all platforms and gaining more experience in the social media world overall.

Calvin is from New Jersey and is most known for his “glow up” videos on TikTok. His account is fast growing, and has gained over 450k followers in only a short period of time. Some of Calvin’s proudest moments have included winning 1st place overall on the East Coast as a goaltender on his hockey team, and sending care packages to US troops overseas. When he isn’t making videos, winning awards, and being a young philanthropist, Calvin also enjoys producing music and photography. 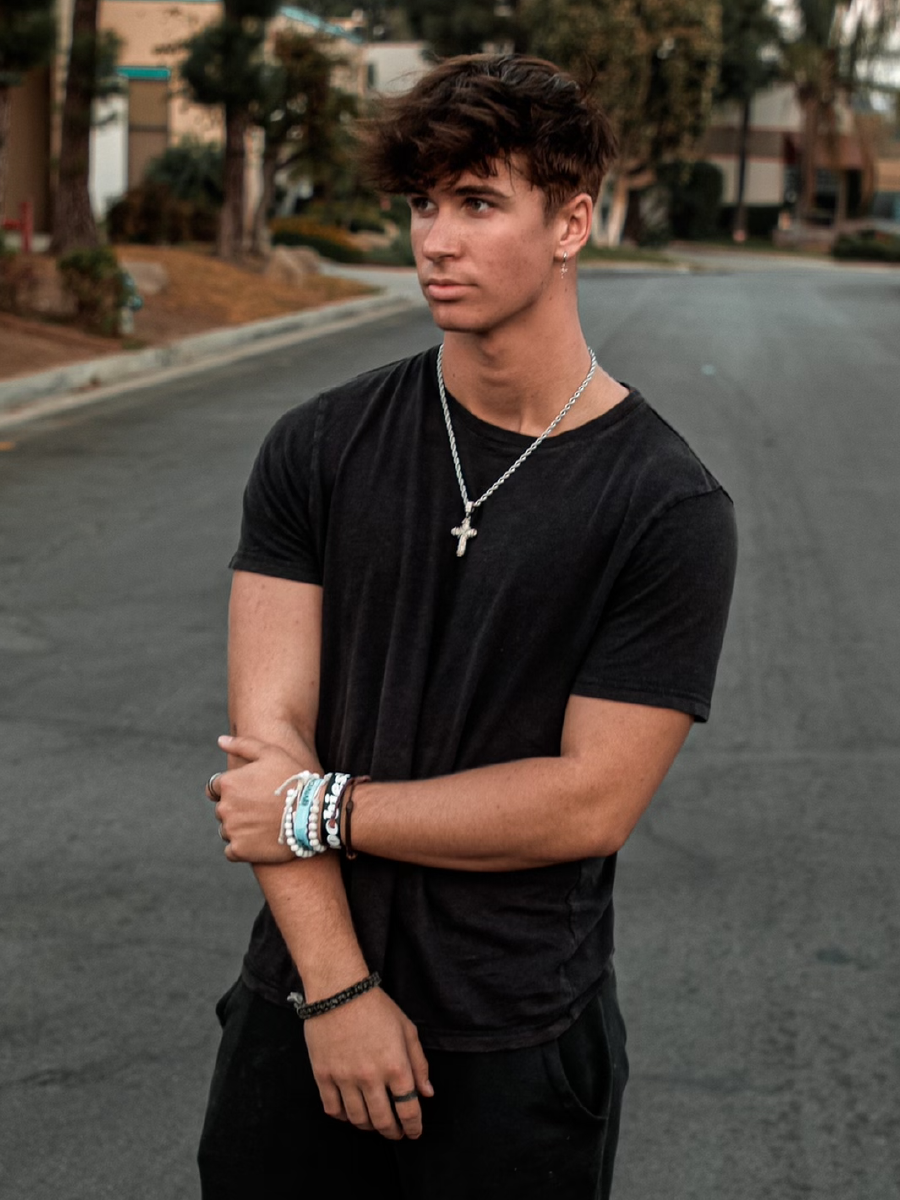 Kristian is from Springfield Missouri and currently lives in Nixa, Missouri. He enjoys acting and creating content for his nearly 250K TikTok followers. He has worked with some notable companies such as HookedTV and Silver Dollar City Amusement Park, and was also the lead role in his highschool musical, “The Drowsy Chaperone”, where he learned tap and many other dance skills. When he’s not acting or making content on social media, Kristian enjoys being with family and friends, and being active outdoors. He looks forward to a happy and fulfilling future with the people he loves by his side. 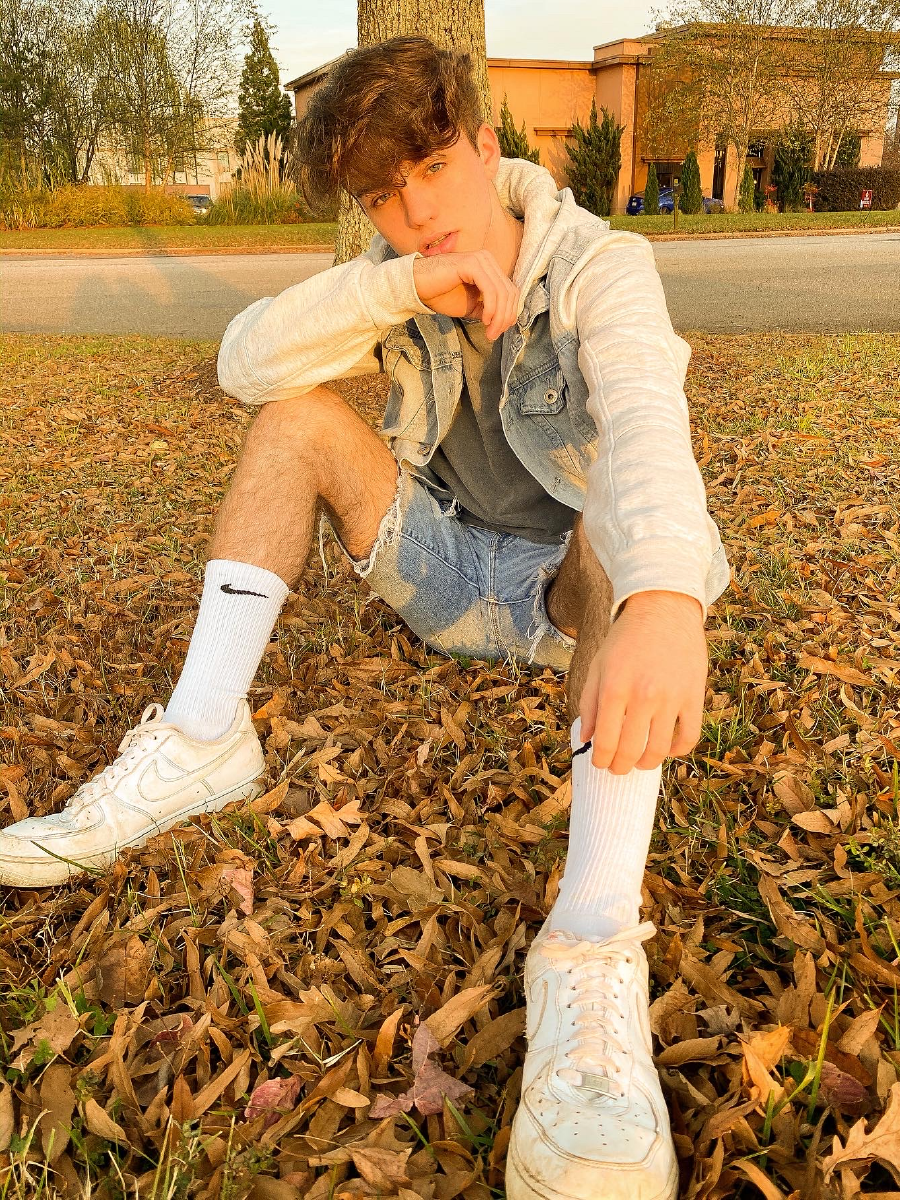 Hayden is from and currently resides in Virginia, USA. He is most known from his TikTok account, with his 1.4M followers, where he made his popular slow motion video that accumulated over 1.8M likes, and nearly 9M views. Hayden has been seen in attendance at Playlist Live Orlando for the last three years and various meet and greets all down the East Coast. Outside of social media, he maintains a position on the cheer squad. Hayden has a serious passion for social media and looks forward to creating new content for his fans.

Troy is originally from Philadelphia, but now lives in St. Augustine, Florida. Troy has reached over 2M followers in only a couple short months, and continues to grow rapidly everyday. His most liked video “Why I’m a Bad Boyfriend” sits at over 3M views. Before his sudden fame on TikTok, Troy was best known for being a competitive and professional scooter rider for @fuzionproscooters. He has worked at a few big companies including Riot Society, and he looks to add on more projects in the future.

Rhys is from Vancouver, Canada where he currently resides. He is popular on YouTube and on TikTok where he has gained over 2M followers and counting. His most notable projects have been from the YouTube series, Girl Without a Phone, and his own YouTube short-film, Everything You Ever Wanted. Rhys also has a prominent following on his other social media accounts including TikTok, where he sums up over 2M followers all together.

Hudson is from Austin, Texas and is best known from his comedic ranting videos on TikTok. These relatable and funny videos have led to his account gaining almost 2M followers. When he’s not making TikTok videos, you can find him as the second baseman on his high school baseball team.

Carson was born in Franklin, Indiana and still lives in the state to this day. He is most known from his TikTok account where he has gained almost 450k followers on the app. His most viewed video has nearly 2M views, and in only a short amount of time, his account itself has amassed over 5M views and almost 9M likes  altogether. Carson has collaborated with FashionNova Men and also attended Playlist Live earlier this year. He looks forward to growing himself in the industry and adding on more projects in the future. 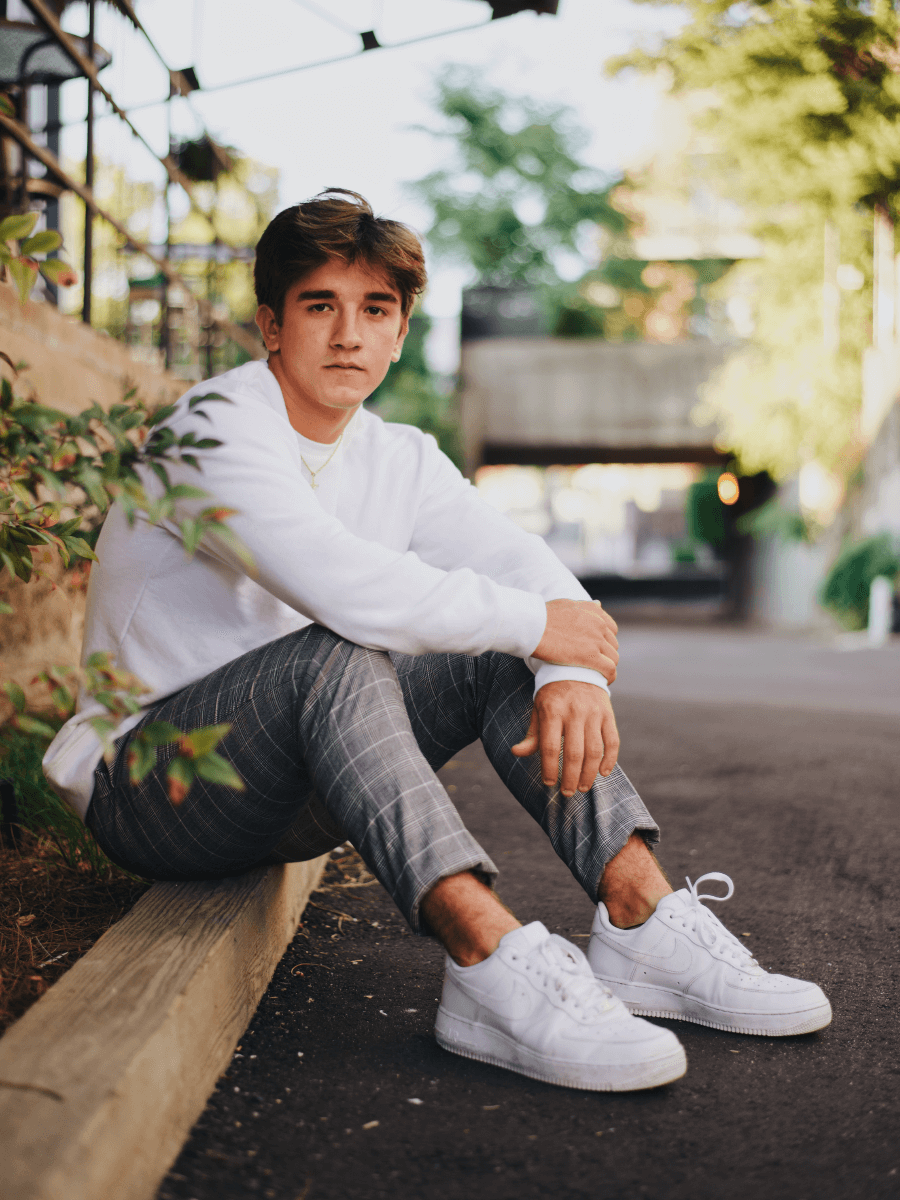 Austin is from and currently lives in Central Florida, USA. He is best known for his TikTok account where he makes videos of him and his friends dancing and hanging out for his nearly 700k followers. He has been seen in attendance at Playlist Live Orlando this past Spring. Beyond social media, Austin enjoys hanging out with his friends and going to the beach.

Dave is from Los Angeles, CA, but currently resides in Arkansas. He is best known from his TikTok account where he makes fun dancing videos and various stunts which range from funny skits to surprising his friends for his 500k fans. Dave has attended Winter Lights Orlando, VidCon for 4 years (2015-2019), and Playlist Live in 2019. Beyond making TikTok videos, Dave has a passion for dancing. Not only is he a classically trained dancer, he has also trained with celebrities like Antonio Fargas, Chris Brown, and many others. He looks forward to connecting more with others through more content creation. 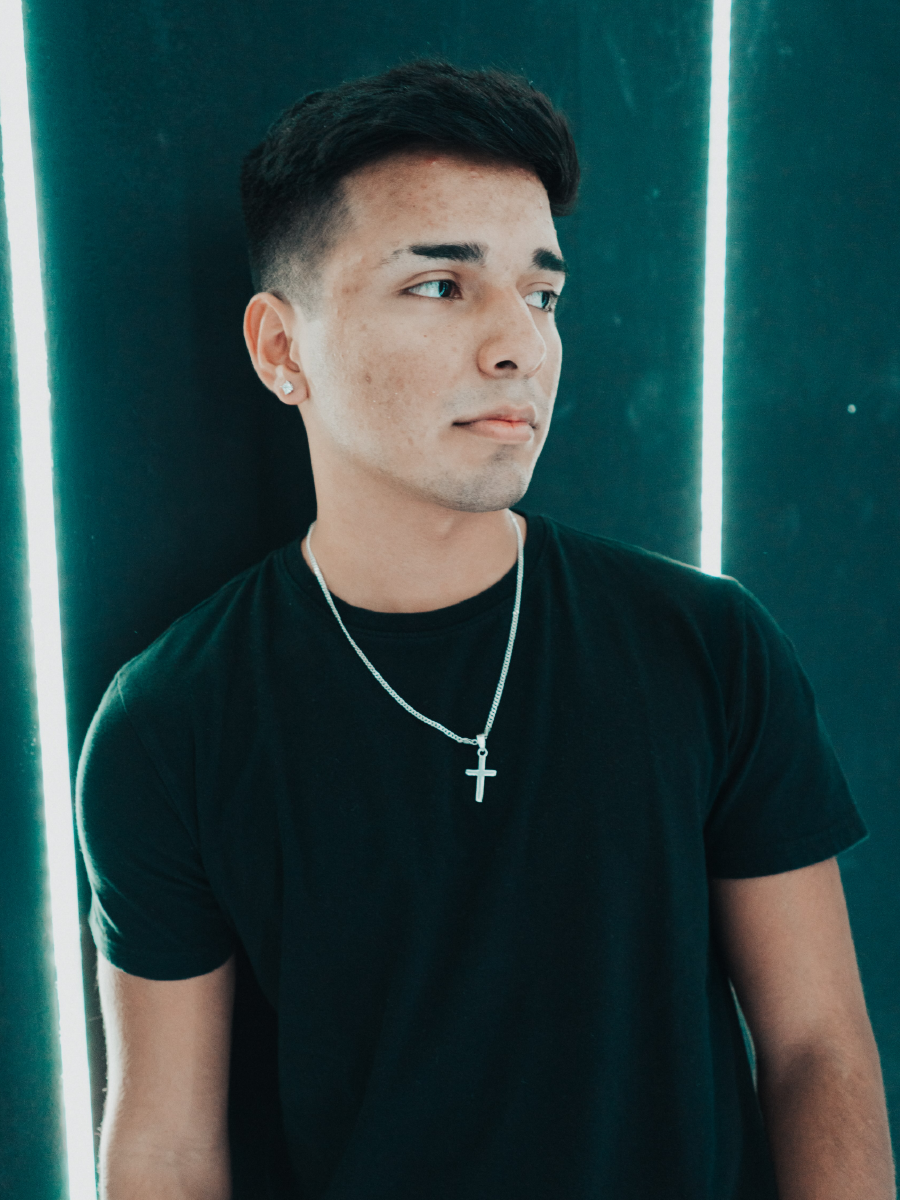 Derek is from Boca Raton, FL, but currently lives in Orlando, FL, USA. He has been in attendance at Playlist Live for the past 5 years. Derek is best known for his fast-growing TikTok account where he makes dancing videos with his friends. He looks forward to growing his following on social media and making more for content for his followers. Beyond social media, he enjoys working out and hanging out with his friends.